You are here: Home » News » News » Orangutan Femi RELEASED
15 Mar 2021
15 March 2021 – Amazing news from our friends at The Orangutan Project on Sumatra! We are incredibly happy to share this. Last week they finally announced what we already knew a little earlier. We are so excited that the hard work at Cikananga, even after the precarious situation as a traumatized, young orangutan has turned to this success story for Femi. 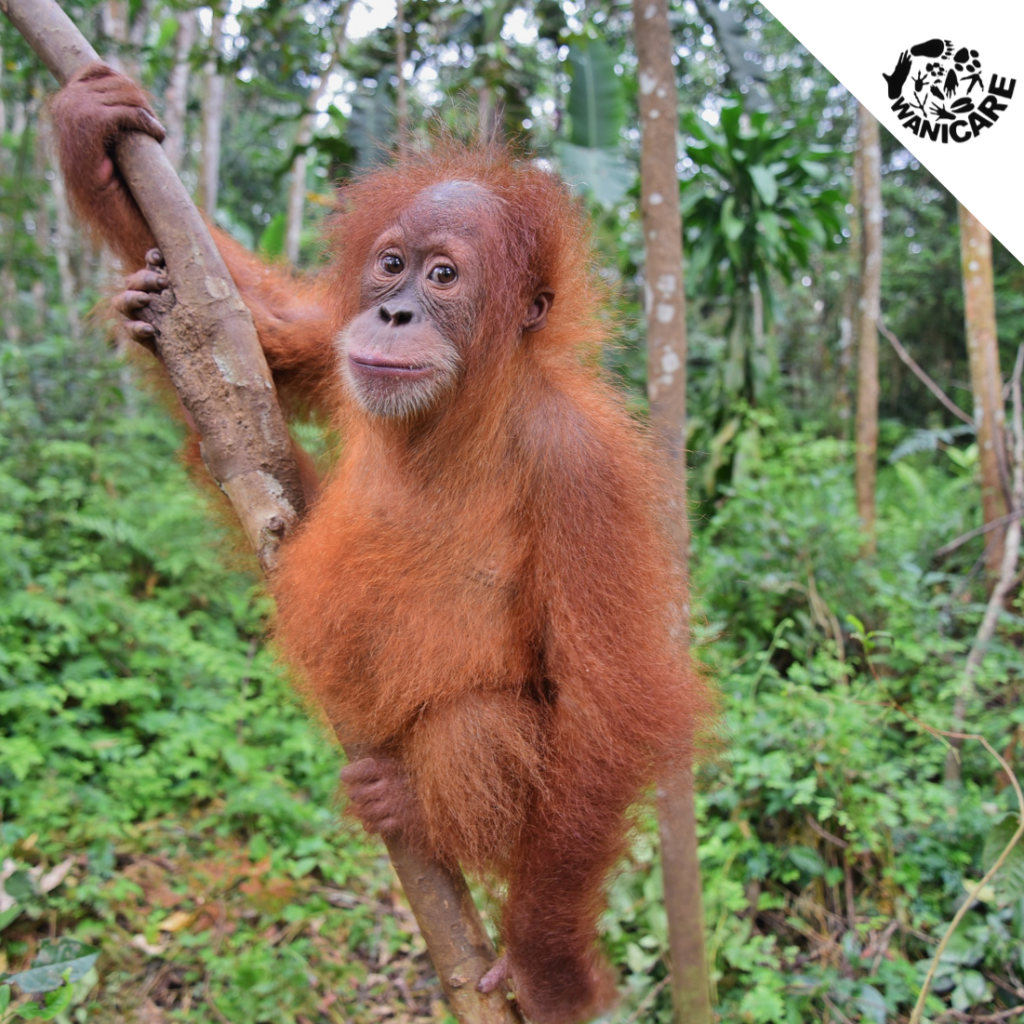 An update from The Orangutan Project:
You may remember that our much-loved Citrawan was released into the Bukit Tigapuluh jungle last year. At the same time, her friend Femi was also released.  Femi’s story is one of perseverance and it demonstrates what we can achieve when we work together.
Femi was rescued in 2016 during an operation in which five orangutans were confiscated from wildlife traffickers. Femi was found at a bus station, packed inside a postage box. She had been transported by bus from Sumatra to Java to be sold to a buyer. After an investigation involving our partner Centre for Orangutan Protection, as well as JAAN and BKSDA, a number of wildlife traffickers were arrested.

After her rescue, Femi was sent to Cikananga Wildlife Center in southern Java. On arrival at the center, it was clear she had learned a lot from her mother – she knew how to make a nest and which plants and fruit to eat. This positive start in her life is helping her now. 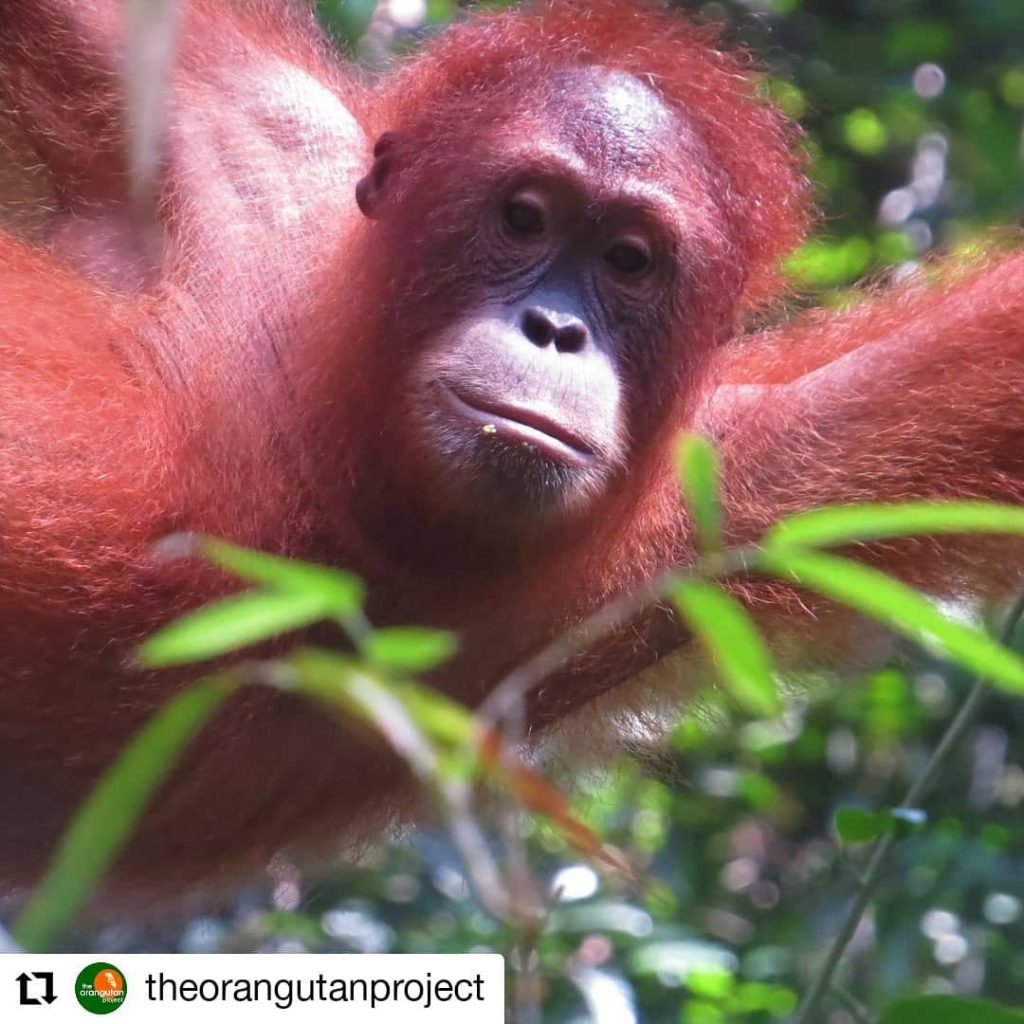 However, shortly after her arrival, Femi became depressed and the carers at Cikananga were afraid they would lose her. She seemed to lose the will to live and they could see the depression in her eyes. It’s not surprising, given what she’d been through in her short life.
Fortunately, there was another infant orangutan at the centre. Little Rosi had been rescued from a family who kept her as a pet and, along with the carers, Rosi helped Femi recover from her depression. The caretakers at Cikananga took Femi and Rosi out to the forest at least twice a day for a few hours at a time, until November 2018, when they were translocated to Sumatra.
The wonderful news is that despite her early trauma, Femi is doing really well in the Sumatran Orangutan Reintroduction Centre in the Bukit Tigapuluh Ecosystem.  She is very active, foraging and exploring the forest, and you can see her in this final photo, enjoying her freedom in the wild. Thank you to all the partners, organisations and carers that worked together to rescue, rehabilitate and translocate this precious young orangutan.
Posted by wanicare in News