4 December 2016 – Last week we were informed about a case of a illegally kept animals near Sukabumi. We visited the location and after a talk with the owner we agreed to take in the illegal animals and an Otter (Otters are actually is allowed, but far that’s from ideal). Later this week we will pick up the Eagles. One male Asian Short Clawed Otter is already taken to Cikananga, but as this species is allowed to keep a pet the owner would not let go of another female.
We named the male Nur-nur and on arrival we immediately performed a medical check. As Nur-nur was kept in a very small cage his muscles are far below average but furthermore he seems pretty healthy, although we need to take X-rays to research some possible irregularities. 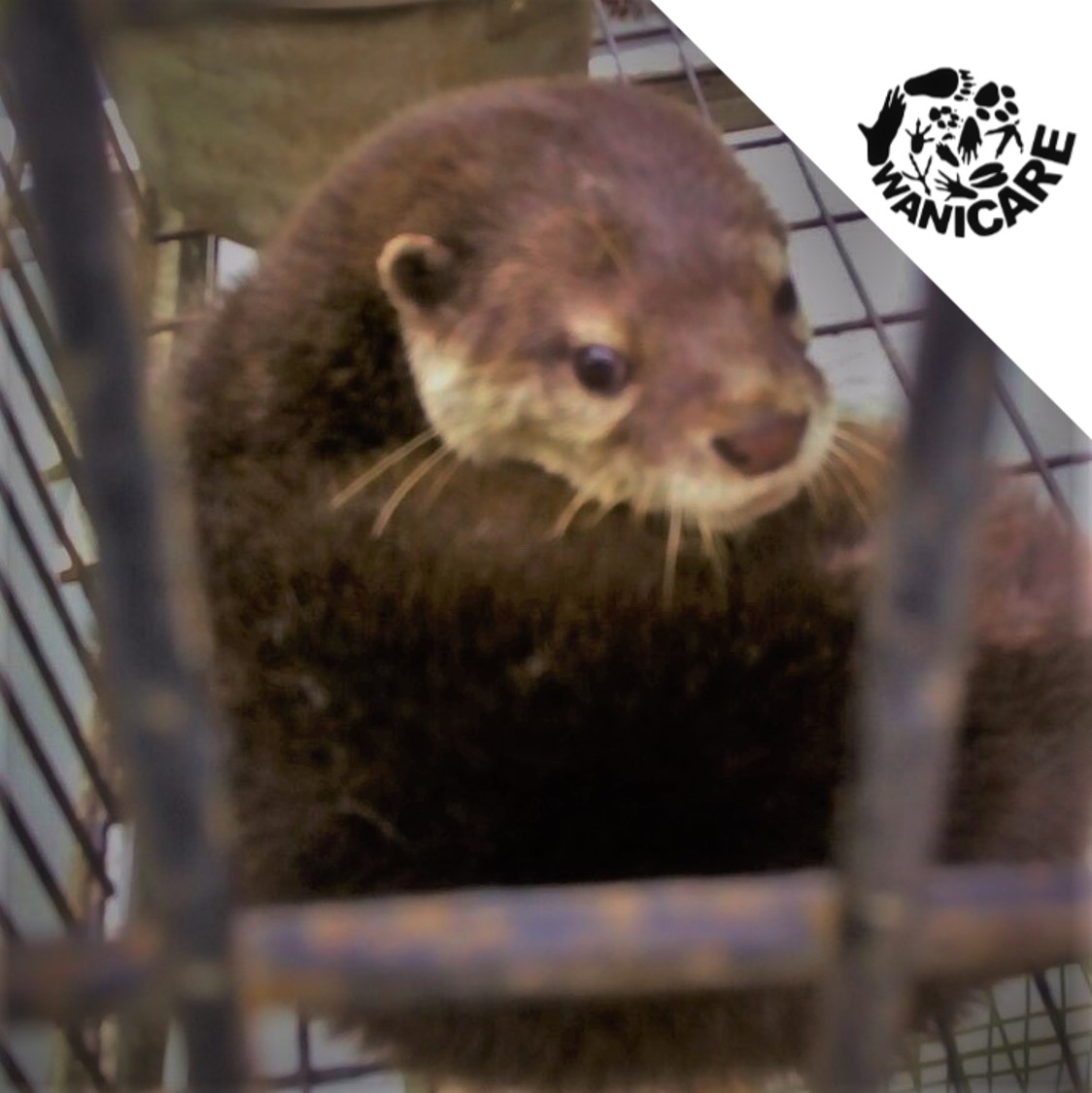